"A Future Begins" can be viewed in its entirety here: https://youtu.be/HnwzRmqbWwE. 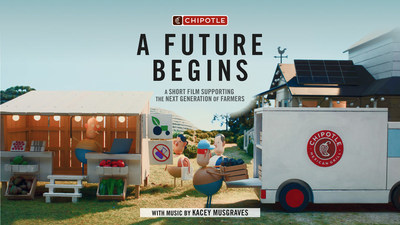 Coldplay's 2005 classic "Fix You" reimagined by Kacey Musgraves is available to stream or buy on all digital platforms now: https://Kacey.lnk.to/fixyou.

At a time where Americans are coming together for the holidays, Chipotle has unveiled a new stop motion animation, based on the true story of a Chipotle farmer, that champions a family farm's remarkable revival. The production begins by depicting a farming family sending their child off to college. While the family battles to keep their farm intact, ultimately putting their land up for sale, the child struggles to discover his calling away at school. After a moment passes where his true duty becomes clear, the child returns to save the family farm by introducing new technology and sustainable growing techniques, which are inspired by current Chipotle suppliers and partners.

The Bigger Picture
The emotionally charged, short film creatively shines a light on the enormous challenges facing the U.S. farming industry today. Over the last five years, U.S. agriculture lost over 40 times more farmers than it gained*, challenging the future of small and midsized farms throughout the country. Chipotle, which sources more local produce than any other national restaurant brand, is committed to Cultivating a Better World by sourcing meat that is raised without sub-therapeutic antibiotics and growth hormones and supporting farms that treat their animals humanely and prioritize environmentally friendly farming practices.

"I truly believe in supporting family run businesses. I come from a family of small business owners myself where I'm from down in Texas," said Musgraves. "I know that the American farm has faced a huge range of challenges over the last decade that threaten its survival, and the future of farming depends on supporting that next generation of young farmers. To be able to reimagine such a classic song while supporting an amazing cause with Chipotle really means a lot to me."

In addition to creating "A Future Begins," Chipotle is supporting farmers with the following initiatives.

Chipotle and the 2023 Farm Bill
The biggest barrier to entry for many aspiring young farmers is access to land. In the last decade alone, the U.S. has lost more than 20 million acres of farmland, a trend that continues at an average rate of 2 million acres per year**. As a response to this development, Chipotle is supporting the National Young Farmers Coalition and its movement to advocate for policy change in the 2023 Farm Bill that would facilitate equitable access to up to one million acres of land for the next generation of farmers.

To join the campaign and impact the 2023 Farm Bill, guests can visit: www.chipotle.com/farmers. Adding your name will help the National Young Farmers Coalition advocate for Congress to invest $2.5 billion toward securing access to up to one million acres for young farmers.

Through the brand's real change feature, guests can also support the National Young Farmers Coalition by rounding up their order total to the next highest dollar amount on the Chipotle app or Chipotle.com through the end of November.

This program is in addition to Chipotle's larger commitment of $5 million over the next five years to support the future of farming. Chipotle is helping farmers under the age of 40 who meet its Food with Integrity standards secure long-term contracts. In partnership with the National Young Farmers Coalition, the brand is also allocating money to fund an annual Seed Grant program, which will assist young farmers who are starting or building their farms.

"'Back to the Start' was an iconic moment in advertising almost a decade ago, serving as the brand's first-ever national TV ad," said Chris Brandt, Chief Marketing Officer at Chipotle. "While Chipotle's values remain unchanged, the urgency behind our efforts to revitalize farming has only intensified. 'A Future Begins' opens the next chapter in our mission to make real change for the future of real food."

Carhartt Collaboration
To commemorate the premiere of "A Future Begins," Chipotle teamed up with Carhartt, America's premium workwear brand, for a pair of exclusive launches. The partnership highlights Chipotle and Carhartt's shared commitment to the future of farming.

ABOUT CHIPOTLE
Chipotle Mexican Grill, Inc. (NYSE: CMG) is cultivating a better world by serving responsibly sourced, classically-cooked, real food with wholesome ingredients without artificial colors, flavors or preservatives. Chipotle had nearly 2,900 restaurants as of September 30, 2021, in the United States, Canada, the United Kingdom, France and Germany and is the only restaurant company of its size that owns and operates all its restaurants. Chipotle is ranked on the Fortune 500 and is recognized on the 2021 lists for Forbes' America's Best Employers and Fortune's Most Admired Companies. With nearly 95,000 employees passionate about providing a great guest experience, Chipotle is a longtime leader and innovator in the food industry. Chipotle is committed to making its food more accessible to everyone while continuing to be a brand with a demonstrated purpose as it leads the way in digital, technology and sustainable business practices. For more information or to place an order online, visit WWW.CHIPOTLE.COM. 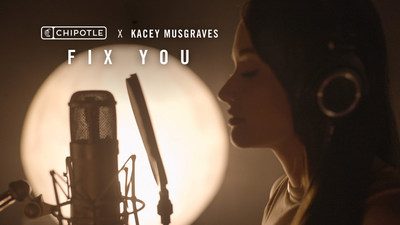 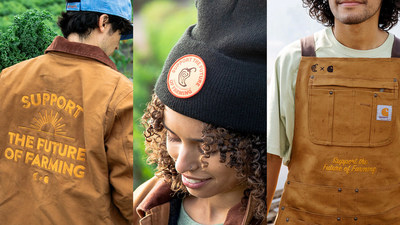